We are at Banjara Hills, the posh heart of the city. Just near Hyatt Regency Hotel.

Hyderabad is a beautiful city; from its towering spectacular architecture to monuments, and even products, it is a city we hold in high regard. It is one of the chief producers of natural pearls and a major contributor of the diamond trade. For this reason, Hyderabad is called “the city of pearls”. Another thing we can’t fail to mention when writing about Hyderabad is the breathtaking statue of Buddha, which is the biggest monolithic Buddha statue in the world. There is also the Rashtrapati Nilayam.

The Rashtrapati Nilayam literally means the “President’s House”. It was originally a residency house but now is the official retreat place for the President of India. The President stays there at least once a year and conducts official business there too. Apart from that, it is also sometimes used as a guest house for visiting dignitaries. If you want to take a look for yourself, you can plan your visit around January 1 – January 10, this is usually a free entry period for the public.

Another interesting place you should visit when in Hyderabad is the 3D screen at Hi-tech city. It is the biggest in India. While in the area, you may want to take a look at some global companies including Microsoft, Yahoo, Oracle, Nokia, Amazon, Dell and so many others that we cannot possibly list. It is definitely a fast growing IT city.

We also have the Qutb Shah which is another must-visit place. Hyderabad is the home to some of the most beautiful lakes in the world. We can’t also fail to mention the Koh-i-Noor, “the mountain of light” which was once the largest known diamond in the world. It was originally mined in Andra then was taken to Golconda Fort. This area is also famous for producing some of the world’s most valued diamonds.

With its exotic parks, wonderful architecture and natural endowments, it has sights to see for years.

Hyderabad has become a hub of trade and commerce and an international center for information technology (IT). There is also a good level of manufacturing going on from pharmaceuticals to cigarettes, and textiles, these are just a few of the products manufactured there. Service delivery has also expanded over the years, especially those associated with IT – IT is one of the strongest industries in India so this comes at no surprise – so that they have come to constitute the lion’s share of the city’s economy. Tourism has also grown which is expected due to the many monuments and heritage centers in Hyderabad. In theatre, the city is also flourishing. It is the home to what is known as the second biggest film industry after Bollywood in India, Tollywood, dubbed that name as a result of its films that are associated with the use of Telugu-language with the most integrated film city in the world -Ramoji film city.

Hyderabad is not only wonderful for its heritage, growth, diversity and structure, it is also for its food. The famous Hyderabadi biryani obviously originated there; there are over 140 varieties of that food today. Don’t fail to get a taste of this  delicacy.

Like most other Indian cities, you can easily play cricket and football here. There’s also badminton, field hockey and snooker.

If you are looking for a vibrant nightlife, you can have it in abundance, Hyderabad is an IT hub after all, which means that it attracts a large number of young adults (industry-wise) who are ready to have fun even as they strive for career growth. From hangouts to clubs and restaurants, you are covered all night. 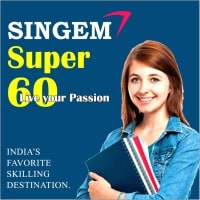 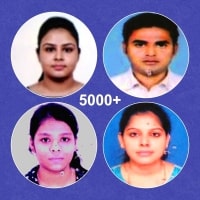 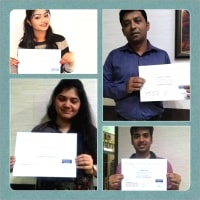